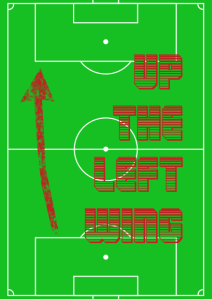 The season is well and truly upon us with the incredibly audacious creation of a second team, the AFC Unity Jets, who I had the pleasure of watching in the cup today.

Such an advancement and expansion for an independent women’s football club like ours was always going to be a challenge, one that’s meant not just a building process for one team, but for another, a rebuilding process.

While AFC Unity Jets Head Coach Emily Salvin has brilliantly dealt with the task of including players in the valuable developmental experience of those competitive matches, in turn I have had to approach my own team with an emphasis on “quality not quantity” which has required patience and a slow progress on registering players while at the same time dealing with several unfortunate injuries.

But it is with this context that I look at the club as a whole and feel nothing but positivity for the future – a second team with a youthful, dynamic female in charge and an infectious spirit about it, learning and getting better all the time – both individually and collectively – and then, a first team designed to dig its heels in and lead the club to success on the pitch, which in turn enables us to achieve more off the pitch as well.

Ultimately, though, even I sometimes get caught up in the competition of the established pyramid – the divisions mixed up as they are with such a wide range of standards resulting in disparate scorelines up and down the league – and it’s important that none of us, myself included, forget the AFC Unity ethos of “100% positivity” and first and foremost make sure players enjoy their football and embrace our ethos in order to do so. After all, results are fleeting. And as we always say, when you become just about winning, when you lose you find you have nothing else left. Our goal is the greater good: developing not just good players but good people; and doing social good in the local community with things like the Football for Food campaign. Even our style of play is an important part of our identity and ethos – brave, bold, and attacking as it is.

The award-winning Solidarity Soccer initiative gained more recognition this past week at the Sport England awards in Westminster, giving us faith that, while longtime players rediscover their love for the sport, this innovative approach is why newer players pick up our ethos before going into the AFC Unity Jets, as evidenced by their recent nomination for a Respect award, as well.

Expanding in the way we have has presented us with another great challenge, and challenges are healthy; they’re character-building. And though it’s easy to get caught up with the modern football culture of quick-fix solutions and knee-jerk reactions, we continue to think long-term. We chose not to rest on our laurels and instead take things to the next level, as tough as it might be, for long-term sustainability.

Good things come to those who wait.