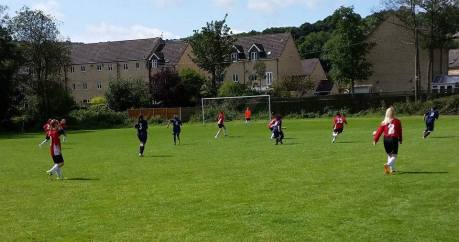 As in their first game, AFC Unity found themselves with a 2-0 deficit at half time, but their response was incredible – pulling two goals back after piling on the pressure, only to concede a goal from a free-kick to allow the hosts to again take the lead. However, a late equaliser meant that AFC Unity got a draw away from home in only their second game – against a team in a division above them.

“I’m really proud of each and every player,” said manager Jay Baker. “This is what I knew we were capable of from the very beginning, and to be honest everything went according to plan; the draw is a bonus. Sheffield Rangers are an established team with a good set-up, and play some really good football, which is why they’re likely to be aiming for the top spots in Division Two this coming season. To hold them to a 3-3 draw at theirs when we’re being newly-entered into Division Three is definitely an achievement.”

The pre-season continues with a game at Sheffield Wednesday’s development team on August 24th.